At $14.99 per month, the service — initially available to subscribers in the United States — is more expensive than competing offerings like Netflix and Disney+. But from another angle, it’s still a pretty sweet deal, since you’re getting HBO, plus a whole bunch of extra content, for the exact same price as an HBO subscription. (WarnerMedia couldn’t go lower than $15 per month without undercutting HBO pricing and violating its agreements with cable providers.)

So if it’s the same price as HBO and includes most of the same content, why launch a new service at all? As executives at WarnerMedia and its corporate parent AT&T have made clear, they’re hoping compete with players like Netflix. That means building a broader audience than HBO — though they’re also trying to leverage HBO’s reputation for prestige TV and its early success with streaming — and expanding globally. It will also probably involve introducing cheaper, ad-supported plans in the future.

The big question is whether WarnerMedia has successfully translated these corporate imperatives into a compelling offering for consumers. There’s certainly a rich library of content — WarnerMedia says HBO Max is launching with 10,000 hours of movies and TV, including existing shows like “Friends,” “The Big Bang Theory,” the new version of “Doctor Who,” “Rick and Morty,” “The Boondocks,” “The Bachelor,” “Sesame Street,” “The Fresh Prince of Bel-Air,” “Batwoman,” “Nancy Drew,” “Katy Keene,” “Doom Patrol,” “The O.C.,” “Pretty Little Liars” and “Anthony Bourdain: Parts Unknown.”

The lineup includes newer movies like “Crazy Rich Asians,” “A Star is Born,” “Aquaman” and “Joker,” as well as classics like “Casablanca,” “The Wizard of Oz,” “The Matrix,” “The Goonies,” “When Harry Met Sally,” “The Lord of the Rings,” “Citizen Kane,” and “Gremlins.” HBO Max will also offer titles from the Criterion Collection and the full library of Studio Ghibli films.

And if you’re a superhero fan, it’s got every DC film from the last decade, including “Wonder Woman,” “Justice League” (plus director Zack Snyder’s cut of the film, scheduled for release next year) and every Batman and Superman movie from the last 40 years.

When it comes to original content, things get a little bit sparser, particularly when you distinguish between HBO originals and HBO Max originals (though regular subscribers may not care about the difference). On the Max side, originals available at launch include a kids reality TV series called “Craftopia,” a new set of “Looney Tunes” cartoons, “The Not Too Late Show With Elmo,” another reality show called “Legendary,” a romantic comedy anthology series starring Anna Kendrick called “Love Life” and a music industry documentary called “On the Record.” 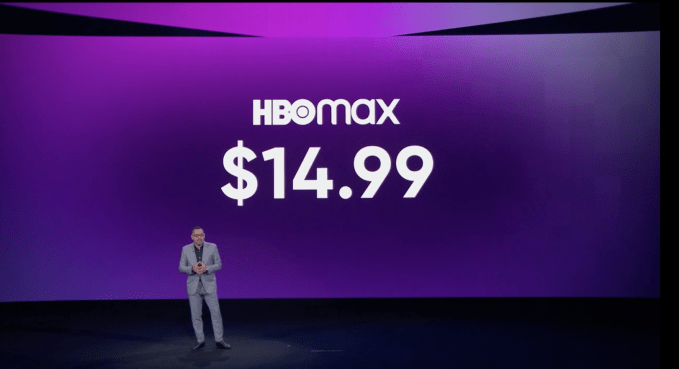 There’s more original programming scheduled for later this year, including a “Friends” reunion special (they’re waiting on a time when it’s safe to shoot in-person), new seasons of “Doom Patrol” and “Search Party,” and “Raised by Wolves,” a new science fiction series executive produced and directed by Ridley Scott.

Of course,this launch is happening as the COVID-19 pandemic has created new challenges for many streaming services. Viewership and subscriptions are up (at least for services designed to be watched in the living room)— no surprise, with movie theaters closed, people stuck at home and professional sports on hold — to the point that many streamers have had to reduce their quality in some regions.

At the same time, the pandemic has largely shut down film and TV production around the world, with no clear date for when it can resume. That means the release date for many HBO Max originals — not just the “Friends” reunion but also new “Adventure Time” specials, reboots of “Gossip Girl” and “Grease,” a “Dune” series spinning off from the big-screen adaptation due out later this year, a new “Green Lantern” series and more — remain uncertain.

So how do you get the app? Subscribers to HBO’s standalone streaming service HBO Now should be able to update their app to HBO Max today. The app is currently available for a range of devices including Android phones and tablets, Android TV, Apple TV, Chromebooks, Chromecasts, iPhones, iPads, PlayStation 4, Samsung TV and Xbox One — but not yet for Roku.

WarnerMedia says the service should also be available to HBO subscribers through partners like AT&T, Cox, DirecTV, Hulu, Optimum, Spectrum, Verizon Fios and YouTube TV at no additional cost — there’s a whole section on the HBO Max website about how to sign up.

And if you aren’t already a subscriber, you can sign up for a free seven-day rial on the HBO Max website.

The streaming wars to come